“A Harp and Guitar Explosion”!!!

“Jr. Johnny has been cited as one of “the world’s finest blues players, yesterday and today.”
HarmonicaLinks.com

Click the link or the picture below to go to the page for Jr. Johnny’s My Radio CD

Play the entire song Reach The Sky (not a sound bite) from the My Radio CD.

Click the link or the picture below to go to the page for Jr. Johnny’s Red Hot CD 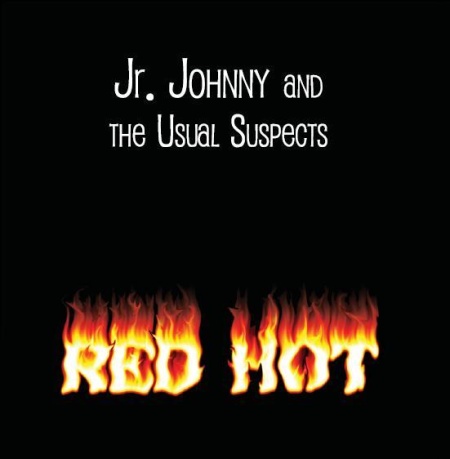 Play the entire song Wang Dang Doodle (not a sound bite) from the Red Hot CD.

So how did Jr. Johnny, the New York City bred grandson of polka playing Bohemian gypsies, end up devoting his life to Chicago-style blues? Like his playing, Junior Johnny’s answer is both delightfully tempestuous and effortlessly profound. “When I heard Muddy Waters, I just freaked out!” he exclaims. After honing his craft in several early ’60s teenage garage bands (actually “apartment bands,” the neighbor-annoying NYC equivalent), Johnny was drafted and served as a combat MP in Vietnam. When his tour of duty ended, he moved to San Francisco and was soon making a name for himself with now-legendary blues men like Mike Bloomfield and Jimmy Witherspoon. Subsequently, Junior got his dream gig performing alongside the man who would christen him “Jr. Johnny”: the great John Lee Hooker. “Hooker said he wanted me to have a nickname and just gave me one on the spot,” Junior explains. “It stuck.”

When the twin responsibilities of family and higher education forced him to give up life on the road, Junior Johnny began a series of wildly divergent professions that later gave him grist for his highly descriptive songwriting. “I’ve been everything from a union carpenter to a winemaster, “he says, “but I just wanna be out there playing!” Junior is currently busy promoting his My Radio CD while readying material for his next release, due out January, 2017. As of this date, Junior has written 200 original songs, and his latest albums are linked in below.

Your cd is being played in: Holland-Scandinavia-BeNeLux-France-Germany-Italy and the U.K.
I rate this cd. – Five Stars *****
Thank you…Peter Holmstedt
Sparsor, SWEDEN